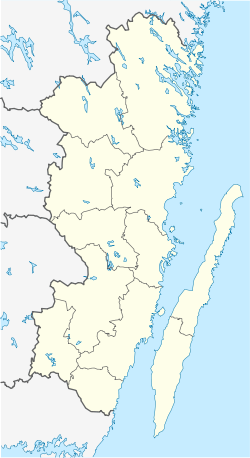 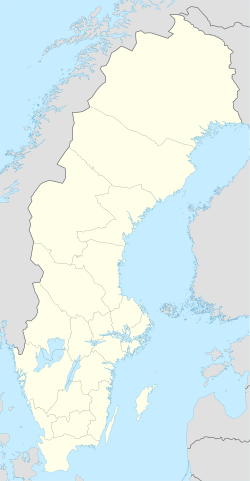 From the thirteenth to the seventeenth centuries, Kalmar was one of Sweden’s most important cities. Between 1602 and 1913 it was the episcopal see of Kalmar Diocese, with a bishop, and the Kalmar Cathedral from 1702 is still a fine example of classicistic architecture. It became a fortified city, with the Kalmar Castle as the center. After the Treaty of Roskilde in 1658, Kalmar’s importance diminished, until the industry sector was initiated in the 19th century. The city is home to parts of Linnaeus University.

Kalmar is adjacent to the main route to the island of Öland over the Öland Bridge.

The area around Kalmar has been inhabited since ancient times. Excavations have found traces of stone age gravefields. However, the oldest evidence for there being a town is from the 11th century. According to a medieval folk tale, the Norwegian king Saint Olav had his ships moved to Kalmar. The oldest city seal of Kalmar is from somewhere between 1255 and 1267, making it the oldest known city seal in Scandinavia. [ citation needed ]

In the 12th century the first foundations of a castle were established, with the construction of a round tower for guard and lookout. The tower was continuously expanded in the 13th century, and as such, Queen Margaret called an assembly there between the heads of state of Sweden and Norway, and on 13 July 1397, the Kalmar Union treaty was signed, which would last until 1523. Kalmar’s strategic location, near the Danish border (at the time the Scanian lands, i.e. the provinces of Blekinge, Halland and Scania, were part of Denmark), and its harbour and trade, also involved it in several feuds. There are two events independently labelled the Kalmar Bloodbath, 1505: the first in 1505, when King John of Denmark, Norway, and Sweden had the mayor and city council of Kalmar executed; the second in 1599 by command of Duke Charles, later to become King Charles IX of Sweden.

In the 1540s, first King Gustav Vasa, and later his sons Erik XIV of Sweden and John III of Sweden would organize a rebuilding of the castle into the magnificent Renaissance castle it is today.

Kalmar became a diocese in 1603, a position it held until 1915. In 1634, Kalmar County was founded, with Kalmar as the natural capital. In 1660, the Kalmar Cathedral was begun by drawings of Nicodemus Tessin the Elder. It would be inaugurated in 1703.

In 1611–1613, it suffered in the Kalmar War, which began with a Danish siege of Kalmar Castle. 1611 is mentioned as the darkest year of Kalmar’s history, but by no means the only dark year; much blood has been shed in the vicinity of the castle. The last was during the Scanian War in the 1670s, so there have been 22 sieges altogether; however the castle was never taken.

After the Treaty of Roskilde in 1658, the strategic importance of Kalmar gradually diminished as the borders were redrawn further south. In 1689, the King established his main naval base further south in Karlskrona and Kalmar lost its status as one of Sweden’s main military outposts. 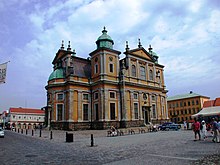 The new city of Kalmar was built on Kvarnholmen around the mid-1600s. The transfer from the old town was largely completed by 1658. The new, fortified town was planned following current baroque patterns. Cathedral and town hall face each other across the new main square, Stortorget.

The cathedral was designed by Nicodemus Tessin the Elder and is one of the foremost examples of baroque classicism in Sweden. Its design reflects the complex interaction between the new style, liturgical considerations, tradition and the fortress-city requirements. The work began in 1660, but it was interrupted on several occasions, including when the Scanian War (1675–1679) raged. Construction resumed, and Kalmar Cathedral stood finished in 1703.

In more recent times, Kalmar has been an industrial city with Kalmar Verkstad making steam engines, trains and large machinery, later bought by Bombardier who closed the factory in 2005. A shipyard, Kalmar Varv, was founded in 1679 and closed 1981. Volvo opened their Kalmar factory for building cars i.e. 264, 740, 760, 960 in 1974, but closed it 1994 and due to further relocation of industry jobs in the 1990s and 2000s around 2000 industrial jobs were lost. Kalmar has a university with over 9,000 students and a research facility for Telia Sonera.

Kalmar has embarked on a comprehensive program to reduce fossil fuel use. A local trucking firm, which employs nearly 450 people, has installed computers that track fuel efficiency and have cut diesel use by 10 percent, paying off the cost of the devices in just a year. The company is now looking to fuel its future fleet with biodiesel. [4]

A large wood pulp plant harnesses the steam and hot water it once released as waste to provide heating, through below-ground pipes, and generates enough electricity to power its own operations and 20,000 homes. [4]

In 2011 Guldfågeln Arena was initiated. It is the new stadium of the football team of the city, Kalmar FF. The capacity of the stadium is 12,000 people and it is currently one of the newest stadiums in Sweden. The stadium was also built to host concerts and did so in the summer of 2011 when Swedish artists Håkan Hellström and The Ark performed.

Kalmar has a cold oceanic climate. [6] It is somewhat continental with warm summers and cold winters which normally averages just above the freezing point during days and goes somewhat below it at night. It has some of the hottest temperatures recorded by Swedish cities for most months, with an all-time record of 35.2 °C (95.4 °F). [7] The average summer temperatures however are quite normal for southern Sweden.

At the Explore Automation event in Tampere Finland in October 2019, Kalmar brought together a diverse group of industry professionals to a panel discussion on the future of automation. Kalmar OnWatch brings instant remote software support to the TraPac Los Angeles terminal. With the service, Kalmar can monitor, assist and troubleshoot from wherever the world’s best specialists are located. Electrification and automation offer significant financial advantages for terminals operating RTGs. The choice of the crane electrification solution needs to be considered carefully while taking into account the automation level and development roadmap of the entire terminal.

As complex and high-tech as today’s terminal automation technology is, it would be nowhere without the skill and dedication of the engineers and support teams that take care of it. Kalmar’s automation support team is available around the clock to support customers all over the world. A typical modern container terminal might be home to a huge variety of complex technologies and equipment, but its ultimate goal is simple: get boxes off a ship or railroad car, through the yard and send them on their way as quickly as possible. When implementing a new terminal or assessing the impact of changes on an existing one, emulation is a powerful tool that is worth its weight in gold. It provides an environment that’s as close to a real working terminal as it’s possible to get without actually building one.

Fifty years on from its introduction, the Kalmar straddle carrier is now a textbook example of what can be achieved with hybrid drivelines. Almost 300 hybrid versions have been ordered and delivered to date, including 43 to DP World Antwerp Gateway. How do we deliver innovations that not only fulfil customers’ needs but exceed them, and at the same time help to make the world safer, cleaner and overall more sustainable? Lithium-ion battery technology brings many benefits for cargo handling equipment, but what do we do with them at the end of their lifecycle? 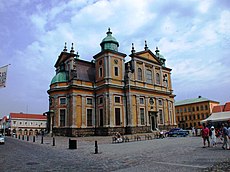